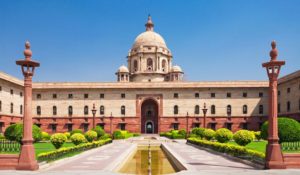 Corporate social responsibility (CSR, also called corporate sustainability, sustainable business, corporate conscience, corporate citizenship, conscious capitalism, or responsible business)[1] [2] [3] is a type of international private business self-regulation.[4] While once it was possible to describe CSR as an internal organisational policy or a corporate ethic strategy,[5] that time has passed as various international laws have been developed and various organisations have used their authority to push it beyond individual or even industry-wide initiatives. While it has been considered a form of corporate self-regulation[6] for some time, over the last decade or so it has moved considerably from voluntary decisions at the level of individual organisations, to mandatory schemes at regional, national and even transnational levels.

In a survey of the World Health Organization Year 2014, it has been speculated that out of the twenty most polluted cities in the world, thirteen cities are in India. WHO also said that air pollution is one of the major causes of famine deaths in India. Due to diseases related to this, there are 6,20,000 deaths in India every year. There are about 4 lakh 70 thousand industrial units in the world, they are blowing up the smoke so that alone they are having twenty million deaths. It is extremely worrisome that air pollution is killing six lakh people every year in India and six million people worldwide.This area is in an emergency. Nine out of ten people are breathing in such an air that is harming their health.The ratio of gases in the atmosphere of the cities of the country is deteriorating and there is no vigilance about it. Observe the data, in recent years the amount of oxygen in the atmosphere has decreased and the amount of contaminated gases has increased. The amount of carbon dioxide has increased by about twenty-five percent. New research suggests that the weight of babies born from pregnant women living in air polluted areas is less than normal infants. This is revealed by the ‘Environmental Health Prospective’ study in more than three million newborns in nine countries. According to research, infants of low weight at the time of birth have to face various problems related to health. That is to increase the risk of diabetes and heart diseases.

The Policy Commission says that in the thirty-two districts of the country, there is water crisis, while the World Bank says there is water problem in forty-eight percent of the areas in which twenty-four percent water has become poisonous. Rain water conservation and proper water management are the only two options. Rivers have become the dumping ground of trash.