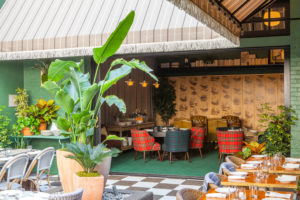 Indian farmers face several challenges such as small land holding, poor yields due to reliance on inefficient methods of farming, too much reliance on natural phenomena such as rainfall and lack of knowledge of modern methods of agriculture. Polyhouse farming is an alternative new technique in agriculture, gaining foothold in rural India. It reduces dependency on rainfall and makes the optimum use of land and water resources due to assured system. A typical, traditional farm of 4000 square meters (1 Acre) would generate an estimated annual income from Rs. 20,000 to 150,000, (Depending upon type of cultivation i.e. Cereals, Vegetables, and Fruits) whereas estimated annual income from similar sized poly house is Rs. 1,00,000 to 5,00,000. Potentially, playhouse farming can help the farmer generate income around the year growing multiple crops and fetching premium pricing for off-season vegetables.