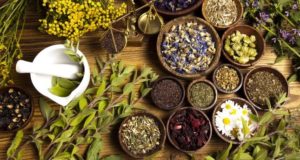 Alternative medicine, fringe medicine, pseudomedicine or simply questionable medicine is promotion or use of practices which are unproven, disproven, impossible to prove, or excessively harmful in relation to their effect — in the attempt to achieve the healing effects of medicine. It differs from experimental medicine in that the latter employs responsible investigation, and is discarded when shown ineffective. The scientific consensus is that alternative therapies either do not, or cannot, work. In some cases laws of nature are violated by their basic claims; in others the treatment is so much worse that its use is unethical. Alternative practices, products, and therapies range from those which are simply ineffective to those having known harmful and toxic effects.

Alternative therapies may be credited for perceived improvement through placebo effects, decreased use or effect of medical treatment (and therefore either decreased side effects; or nocebo effects towards standard treatment), or the natural course of the condition or disease. Alternative treatment is not the same as experimental treatment or traditional medicine, although both can be misused in ways that are alternative. Alternative or complementary medicine is dangerous because it may discourage people from getting the best possible treatment, and may lead to a false understanding of the body and of science.

Alternative medicine is used by a significant number of people, though its popularity is often overstated. Large amounts of funding go to testing alternative medicine, with more than US$2.5 billion spent by the United States government alone. None have shown any effect beyond that of false treatment, and most studies showing any effect have been statistical flukes. Alternative medicine is a highly profitable industry, with a strong lobby. This fact is often overlooked by media or intentionally kept hidden, with alternative practice being portrayed positively when compared to “big pharma”. The lobby has successfully pushed for alternative therapies to be subject to far less regulation than conventional medicine.

Alternative therapies may even be allowed to promote use when there is demonstrably no effect, only a tradition of use. Regulation and licensing of alternative medicine and health care providers varies between and within countries. Despite laws making it illegal to market or promote alternative therapies for use in cancer treatment, many practitioners promote them. Alternative medicine is criticized for taking advantage of the weakest members of society.