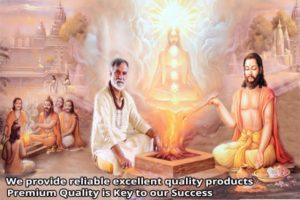 Dhoop Yagya Hawan is based on herbs ingredients they directly effect our body and atmosphere .Because of  this reason we have to plant yagya vraksh.

Our ancient texts are full of legends wherein ancient sages performed Yagyas and the demons (asuras) tried to destroy them. The demons then had to pay a hefty price as the godly, valiant prince used to guard the Holy fire and eliminate the nuisance. Whether these are just folklores, myths, legends or history is a debate for some other day, but there is no denying the fact that Yagya was related to slaying negativity since the Vedic times. Let’s explore how and why…

There are two basic energy systems in the physical world: heat and sound. In performing Yagya, these two energies, namely, the heat from Yagya’s fire and the sound of the chanting of the Gayatri and other Vedic Mantras, are blended together to achieve the desired physical, psychological and spiritual benefits.

The aroma of Yagya

The surroundings and the smell of a Yagya can be smelt even at a huge distance. In addition to steam, smoke is also given out in plentiful quantities and solid particles existing in a highly divided state offer adequate surface for mechanical diffusion. Thus smoke also functions as a medium for circulation of aromatic substances depending on temperature and direction of the wind.

Ghee helps in rapid combustion of cellulose of wood and keeps the fire alight. When all the volatile substances are diffused in the surrounding atmosphere, these are further subjected to photochemical reactions in the sunlight. This may be the reason why it has been recommended that Yagya should be performed in the presence of strong sunlight.

The shape of the Agni Kunda

The word ‘pyramid’ means the fire in the middle’. This ancient-word meaning for pyramid is closely connected with the enigmatic energies springing from its central shape. The pyramid shape is generally thought to generate and store a special energy field, which possess bacteriostatic properties. The inverted pyramid shape allows controlled generation and multidirectional dissipation of energy. It acts as an initiator of unusual energy fields and spreads them in its surrounding atmosphere.

The power of sound vibrations is long since acknowledged in the field of science. These vibrations can penetrate the energy spheres at the subtle and cosmic levels. All the alphabets of the Sanskrit language are endowed with special vibrational powers, which set out harmonious wave patterns when pronounced. It is interesting to note that an American Scientist has established that recitation of Gayatri Mantra produces 110,000 sound waves per second.

Till recently it was accepted that research into science can furnish answer to all of man’s problems. Today we find increasing number of diseases including malfunctioning of body organs due to increasing severity of pollution in the atmosphere. Experimental studies show that the incidence of physical ailments, sickness and disease are reduced in the houses, where the Yagya is regularly performed.

The Hindu fire ritual is a healing process

Yagya creates a pure, nutritional and medicinal atmosphere. It renews the brain cells, revitalizes the skin, purifies blood and prevents growth of pathogenic organisms. Agnihotra is basically a healing process. ‘Heal the atmosphere and the healed atmosphere will heal you’. Purification of environment through the constituent electrons of the substances fumigated in the Yagya is an obvious effect of this process.

While performing Yagya, volatile oils get diffused in the surrounding atmosphere along with steam and smoke. Since these oils have distinct good smell, the foul odors are automatically replaced. This aroma can be experienced easily in the surroundings when Yagya is performed due to diffusion of substances like pine, terpinol and oils of sandal-wood, camphor and clove.

As stated under products of combustion, the partial oxidation of hydrocarbons and decomposition of complex organic substances produce formal aldehyde which is a powerful antiseptic. It is also interesting to note that germicidal action of formaldehyde is only effective in the presence of water vapor which is also produced in large quantities during Yagya. The use of formaldehyde spray for disinfecting of walls, ceiling etc., is common and such a spray is automatically produced when Yagya is performed.

The oxidation of hydrocarbons also produces formic acid and acetic acid both of which are good disinfectants. Use of formic acid for preservation of fruits and that of acetic acid in preserving vinegar is a common practice. The antiseptic and antibiotic effects of fumes of Yagya have also been examined by conducting suitable experiments and it has been established that fumes emitted in Yagya are powerful antibiotic.

There are non-bacterial parasites like flies, ringworm, dice, fleas etc., which are immune to bactericides, which are also harmful to other living beings. Such insects, which are generally immune to ordinary reagents either get killed or are driven away, when they come in contact with the fumes of volatile oils like camphor diffused in the environment.

The heat endowed in yagya is a source of immense energy. As this fire inflames, melts or sublimates all the gross substances inside, we too should burn out all our vices, ill-tendencies, lethargy, dullness and despair and energize our personality with the warmth of new zeal, alacrity, awareness and hope. The heat and energy of the yagya should be reflected in the active flow of our blood, our industriousness and our nimble and vigilant courage to fight against all evils.

The ash produced by fire reminds us of the ephemeral and transient nature of life. We tend to forget this eternal fact and continue on the path of cravings and attachments…adding to our mistakes, infirmities and sins too. While putting the Yagya – bhasm on our head after the Yagya, we should ponder over the end of our present life and realize the importance of the time and breaths available to us now.

The Yajur-Veda contains the knowledge of the principles and methods of performing yagyas as part of spiritual and scientific experiments for global welfare. The Sam-Veda focuses on the musical chanting patterns of the mantras that deal with the subtle forms of yagya pertaining to mental oblation in the deeper core of emotions.

The hymns nos. 1 to 29 in chapter 18 of the Yajur Veda describe Yagya as the basis of good agriculture, physical, mental and spiritual and intellectual progress, prosperity in the botanical kingdom of the earth, prosperity in food and cereals produce, good health and pure environment through removal of pollution.

Four hundred yagyas are described in the Vedas, of which 21 are deemed compulsory. These compulsory Yagyas are also called nityakarmas. The rest of the yagyas are optional and are performed for kamyakarma (particular wishes and benefits). The Aupasana Yagya, though not a part of these 21, is still compulsory .

Out of the 21 nityakarmas, only the Agnihotra and the Aupasana are to be performed twice daily, at dawn and at dusk. The remaining Yagyas are performed over the course of the year. The more complicated the Yagya, the less frequently it is performed. The most complex ones need to be performed only once in a lifetime.

Dhoop yagna has three benefits –
It helps in increasing physical strength.
It enhances mental strength and helps in attaining excellence.
Purify air and atmosphere.
Our sages has proved that yagna fire releases less carbon dioxide and spreads beneficial particles. That is why they have confirmed yagna as the best karma (shreshtha karma). Our Ayurveda charyas like Charak, Shushruta, Banbhatta has also agreed that yagna chikitsha is of high order. It is treatment of physical problem and mental illness also. The problem of mental tension, mania, irritation, suspicion, sexual problem, egoism, frustration, laziness, forgetfulness, lack of faith is all symptoms of mental illness. These can be cured by havan.

What are the effects of yagna atmosphere on health?

If we look back we see how much healthy our sages used to be. Even common persons lived a long healthy life. Not only they were physically strong, they also had immense mental strength and power. There were no doctors, no modern medicine. Young boys and girls never bad wear spects, nor did they have bad teeth. They were not patients of indigestion. People used to be cured in a simple way. Every person had a regulated way of living and they were regularly performing jap, dhyan, havan etc. Vaids were there but they were not greedy as the doctors of modern time. Food consumed was also pure and simple. Vaids even prescribed yagna and it cured the patients.

More than physical ailment now-a-days there is excessive mental problem. These are all due to less oxygen. Irritation, tiredness, fear, stammering, these are all mental problem. The problem can be hundreds percent tackled by yagna. Mania, anger, impatience, greedy, egoistic, suspicion there problem have all most no cure in the allopathic treatment. Patient will be given sleeping pills nothing else. These problem can be controlled by havan Good oxygen inhalation helps such patients.

Dr. N.M. Choudhury in his book “Systematic material medica has written small particles of medicine cures different disease. British Homeopathy journal and America chemical society journal has found that after cure of a disease nutrition food is necessary and rest is necessary. Consuming tonics in the name of cure are extremely harmful. Whatever medicine we inhale is no less then food. We go for morning walk because oxygen in air is maximum in the morning.

Inhaling or breathing is the best way of consuming food. Apart from oxygen there are many more components which go inside our body by means of breathing this also takes care of the germs in our body? It has definite role and is no less than digestive system and discharge of excreta.

Evaporation of medicine and making it more effective is the way ayurveda has practiced. This helps the medicine to go directly in the blood.

By means of yagna human being elevates himself to Godliness. He attains brahmanatya. No worship in Hinduism takes place without yagna.

Yagna is the spiritual way of living.
Every part of nature is endangered by pollution. Population explosion has created many problem. Trees are not planted in proportion to that. There is caps and heaps of garbage which pollutes the air and creates imbalance, result is unhealthy atmosphere and many diseases. Deforestation has taken place. Our population in 1947 was 33 crores and forest area was 33 percent in 2010 forest area decreased to 11 percent and population has reached 121 crores.

Today we have to look back and think why inspite of the fact our sages have given all solution and rules and regulations why we are not able to follow it. Worship also has become mechanical now-a-days. Let us revive our ancient system in whatever way we can andsee the result.
We spend so much in utsav but hesitate to perform yagna. Let us revive it and we will see the effect on us, on our home, society and country. Today when pollution is a major problem. Let us perform yagnopachar regularly.